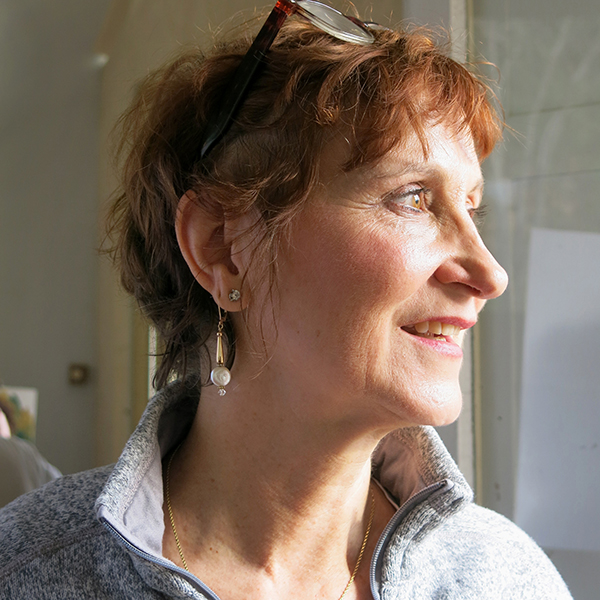 Jan Brogan has been a journalist for more than thirty years, working as a correspondent for the Boston Globe, a staff writer for the Worcester Telegram and the Providence Journal, where she won the Gerald Loeb award for distinguished business writing.

She is the award-winning author of four mysteries, Final Copy, Confidential Source, Yesterday’s Fatal, and Teaser. Transactional Pictures, (Steven Soderbergh and Philip Fleishman) purchased the rights to A Confidential Source, which is currently under development for a television series.

She grew up in Clifton, New Jersey, and moved to New England to study journalism at Boston University. She holds a master’s degree in English from the University of Massachusetts, Boston.

She continues to work as a novelist and a journalist, and she teaches writing at the Boston University Summer Journalism Institute. She lives with her husband in a Boston suburb.

Q: What led you to write The Combat Zone?

A: When I finished my last mystery, Teaser, I needed a break from making up murders. I also felt compelled to write a story that “needed to be told,” one that I was especially suited to tell. I kept thinking that and saying it. A friend who heard me connected me to Andy Puopolo’s younger brother, Danny, who, at the time, was working with a director trying to put together a movie about his brother. I agreed to write the screenplay on spec in exchange for the right to tell the story in book form. The screenplay took less than a year but the book was much more complicated.

Q: What was the biggest challenge in writing The Combat Zone?

A: Tracking people down thirty-five to forty years after the murder. Danny helped connect me to his family members and some of the Harvard football players and friends of Andy. Although the prosecutor and two of the original defense lawyers had passed away, I was able to talk to lawyers–on both sides–who were extremely helpful. But if I’d started the book twenty years earlier, I might have been able to talk to jurors, the judges and maybe the defendants, who were still alive at that time. Leon Easterling’s family members wouldn’t talk to me, although before he died, Leon, himself, offered to tell me his story, if I’d pay him. Journalists don’t do that. Luckily, I finally found friends and acquaintances who could help give me a fuller picture of who the defendants were.

Q: What made you especially suited to tell The Combat Zone story?

A: It called for a merging of journalism and narrative skills. It was also a complicated story with complex legal issues and I’ve always been good at simplifying complicated material. Also, I come from a family of lawyers. I grew up working in my father’s law office every day after school, two of my brothers were lawyers—one became a judge—my husband is a lawyer, and I probably should have been a lawyer. Also, like Danny, I’d lost an older brother when he was 26-years old, and while he wasn’t murdered, it was sudden and inexplicable. Many years later, I learned I had PTSD and was treated for it. That helped me understand, a little bit, what Danny was going through, although his grief was compounded by murder, publicity, and the criminal justice system.

Q: What does a typical writer’s day look like?

A: I’m a slow starter and like to work out in the morning, so I don’t get to my desk until 10. When I’m in the middle of a project, it’s seven days a week, three to eight hours a day, depending. The nearer the end, the more hours per day. When I’m at the beginning of a project, a lot of time goes into problem solving and research.

Q: Are you more of a journalist or more of a novelist?

A: When I went back to school for my master’s degree, I had a poetry professor say he could tell I was a journalist by how concise my poetry was. So, I think, once a journalist, always a journalist. This book is all journalism, but I used my novel writing skills to give the story an arc, and to build suspense. I also bring my journalist’s research skills to my novels, interviewing people as well as digging into documents.

Q: When did you decide to go into writing?

A: I decided to be a writer in first grade, which, when you think about it, is when you learn to write. So, essentially, I glommed onto the first thing I learned and stuck with it. When I was in high school, my father suggested journalism so I took a journalism course in high school. My father knew a cop who had been tried and acquitted on a murder charge and I interviewed him for my class, so that’s probably the first news story and the first murder mystery I wrote.

Q: What do you do when you aren’t writing?

A: I teach journalism in the summer. In my free time, I play a lot of tennis and guitar, babysit for grandkids, and go back and forth to Martha’s Vineyard.