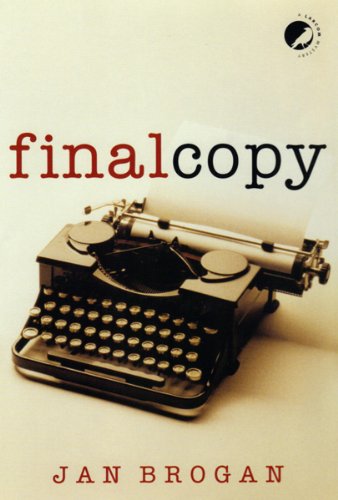 In Boston, a prominent venture capitalist plunges to his death from the balcony of a downtown hotel during a biotechnology conference. The upscale mid-day murder captures the city’s imagination and starts a media feeding frenzy.

Addy McNeil, kicked off the investigative team at Boston’s News-Tribune because of sloppy work and a sleeping pill addiction, gets a chance to regain her foundering career when the only suspect in the murder turns out to be her old college boyfriend.

Editor’s Choice, The Drood Review, named one of the best new mysteries of 2001

Humanly compelling, crisply written and cleverly plotted… Brogan knows how to quicken the suspense and parcel out revelations as the book accelerates to its stunning conclusion… a swift-sure footed mystery.
—The Providence Journal